JOIN US FOR THE BIGGEST SKA SHOW IN CENTRAL COAST'S RECENT HISTORY! 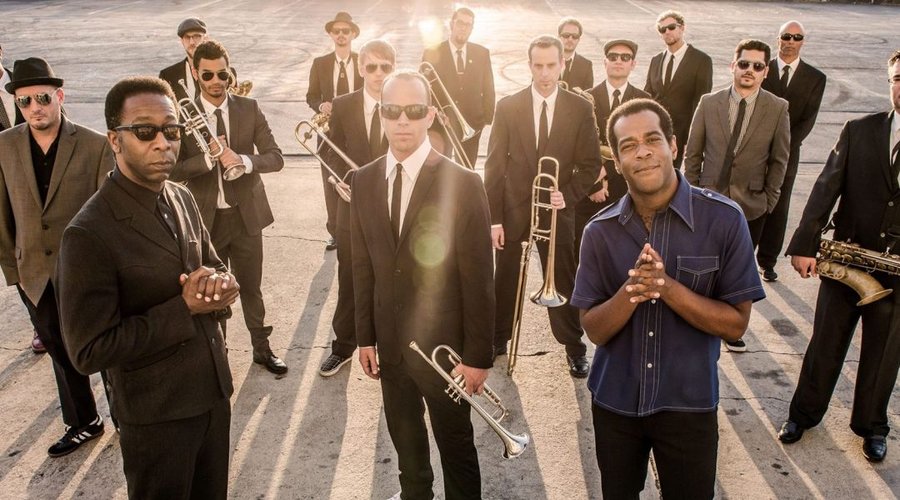 WSTSKA Orchestra is Duke Ellington meets Jamaica: the big band jazz arrangements of the 1940s colliding with the sound of Jamaican SKA!

It is jazz! It is Jamaican jazz! And people are flocking to it, by the thousands!

Early Jamaica meets modern big band! By infusing elements of jazz, particularly big band jazz, into the contemporary musical mix, this group of Jamaican jazz gunslingers is rebranding the music of yesteryear and propelling it into the future!

These extraordinary musicians have taken Jamaican music, added big band jazz arrangements, and created a sound unique unto itself. Western Standard Time Ska Orchestra is the only one of its kind in the whole U.S. and one of only a few in the entire world.

Western Standard Time's music has been embraced by both hardcore jazz and Jamaican music lovers the world over and has been broadcasted on KJZZ 88.1FM, KPFK 90.7 FM, KCRW 89.9FM, as well as radio stations all over the world including major Jamaican radio station NewsTalk 93FM. DJ's from all over the world have aired their music as well as interviewed the producers of this band. At every show they attract crowds of thousands. By infusing elements of jazz, particularly big band jazz, into the contemporary musical mix, this group of Jamaican jazz gunslingers is rebranding the music of yesteryear and propelling it into the future. Give your audience something new, give them something influenced by the classics, give them Western Standard Time!

LOS HOOLIGANS has laid its roots in a musical style known as traditional Jamaican "SKA" and have branched out from there by infusing alternative, classic Latin, jazz and R&B flavors.

Los Hooligans has shared the stage with such acts as The Skatalites, The Original Wailers, The Specials, Derrick Morgan, The English Beat, The Aggrolites, Chris Murray, Bad Manners, Twinkle Brothers, Della Grant, Let's Go Bowling, The Inciters and many more!

Age Restriction
This show is ALL AGES! We welcome the newest generation of rude boys & rude girls!